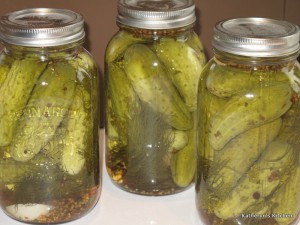 We were at the farmers market to buy some vegetables and fruits for our smoothie diet and came across cucumbers for pickling.  I have never made dill pickles before and have always wanted to try making them.  It takes some time with the sterilizing of the jars etc. but it was worth it.

5 tablespoons of pickling spice-(can buy at any grocery store)

1.  Sterilize the jars, seals and lids. 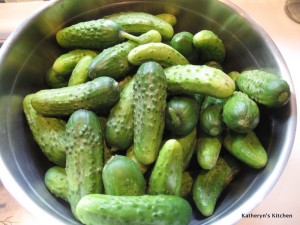 3.  If processing filled jars in boiling water, put the very large pot on the stove and start bringing the water up to a boil.

4.  Bring the hot brine ingredients to a boil.  That would be the 6 cups of water, 4 cups white vinegar and 1/2 cup pickling salt.

5.  Fill each jar with 1 garlic clove, 1 large sprig of dill and 1 tablespoon of pickling spice. 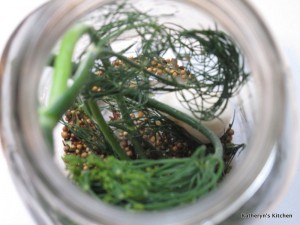 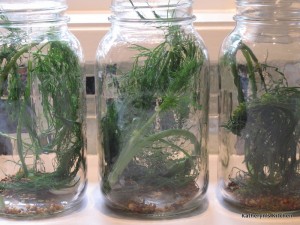 6.  Now add as many cucumbers as you can to each jar, really shoving them in place, but leave 1/2 inch headroom in each jar. 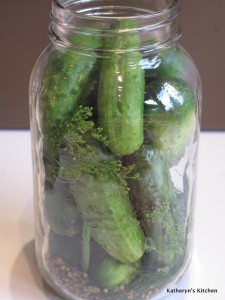 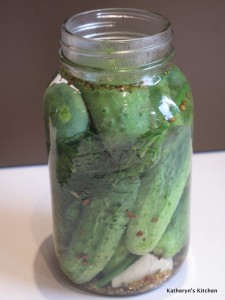 8.  Wipe rim of jar until clean, place sterilized seal and lid on jar.

9.  Process the jars for 10 minutes in a big pot of hot boiling water(with the water covering the jars) or just put through the sanitize cycle on your dishwasher.

10.  Remove from boiling water or dishwasher and let stand for 24-48 hours before removing the lids or storing.  You can taste them at this point but try and wait at least one week. I tasted mine after 24 hours and they tasted like pickles, but the other spices are not that strong yet.  I think they would taste better cold, so store them in a cool spot or the refrigerator.  The seals will be concave or flat when sealed.

11. Store for 1 year unopened, 1-2 months if opened in refrigerator. 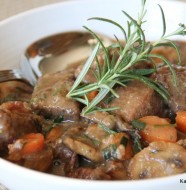 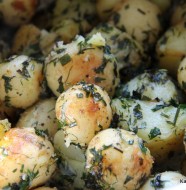 In Side Dishes, Vegetables and Starches On October 29, 2014 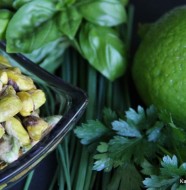