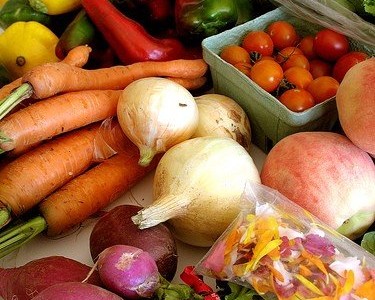 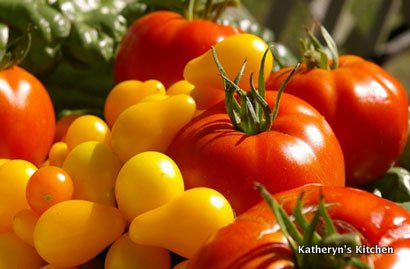 Just a few years ago you were hard pressed to find organic foods. But lately more and more people are switching to organic foods in the belief that they taste superior and are better for their health than conventionally grown products. As a result, many major supermarkets feature a selection of organic products, and it’s estimated that organic foods could constitute 20 per cent of the world’s total diet within a decade.

1 For food to be labelled organic, farmers need to meet fairly strict regulations.
These regulations include:
• no use of synthetic fertilizers or pesticides;
• no use of irradiation to preserve food;
• no use of genetically engineered organisms;
• no intensive feedlots (large holding pens that are often cramped and unsanitary) for livestock; and
• no use of raw (and potentially highly contaminated) manure to fertilize fields.

To ensure that these conditions are met, independent surveyors from the organic industry inspect organic farms yearly to make sure that farmers are adhering to the rules, says Julie Daniluk, chief nutritionist for the Big Carrot in Toronto, one of the largest organic food purveyors in Canada. When a food has been certified, it will carry labels that will verify that the products are organic.

2 Almost every food can be produced organically, and that includes livestock.
To be certified as organic, livestock has to be fed only organic feed, and farmers are not allowed to give their chickens, cows or pigs hormones or antibiotics. If the animals get sick and require antibiotics, they are no longer certifiable as organic, says Daniluk.

3 The cost of organic food reflects the true cost of producing it.
At the checkout counter, organic foods do tend to cost more than other products for two reasons. One, organic farming requires sometimes expensive and labour-intensive practices, such as crop rotation, preservation of natural habitats and weeding by hand. Two, many organic farmers do not receive the same government subsidies as some conventional farmers do. However, if organic produce is grown locally, it may be cheaper than the same fruit or vegetable farmed conventionally.

5 Some experts swear that organic food tastes better than other foods.
Top chefs in Canada and elsewhere often choose organic food simply because it tastes great. Two of Ontario’s better-known chefs — Jamie Kennedy and Michael Stadtländer — even launched the fund-raiser and educational event Feast of Fields, an annual wine-and-culinary celebration of all that is grown organically in the province of Ontario.

• Apples: If you’re interested in trying organic produce, you might want to start with apples. Organic apples are in ample supply, so they don’t cost much more than other apples.

• Milk: Some people who have a mild lactose intolerance may have fewer stomach complaints when they drink organic milk.

• Strawberries: Nonorganic strawberries are reported to receive doses of up to 500 pounds of pesticides per acre.

And beyond: When people think of organic foods, they tend to think of fruits and vegetables, but organic products also include chocolate, cookies, meat and several cereals.