That Morning Cup of Coffee Can Be Good For You

By Katheryn's Kitchen, September 24, 2012, In Drinks, News and Reviews
Home » Recipes » Drinks » That Morning Cup of Coffee Can Be Good For You 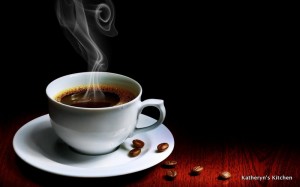 A Cup of Coffee

An article from the Globe and Mail.

It seems your morning coffee habit may do more than keep you alert at the office. According to scientists in Norway, our most loved beverage can ease the pain of work, literally.

Their study, published this month in the journal BMS Research Notes, suggests that drinking a cup of coffee before work can ease computer-related neck and shoulder pain. These new – and surprising – findings add to mounting evidence that coffee has more perks than downsides.

The experiment involved 48 volunteers who agreed to spend 90 minutes performing computer-based office work. Their task: Correct typos in a word-processing document using a computer mouse as fast and accurately as possible for 90 minutes without pausing.

Study participants were full-time workers and were of similar age, body weight and height. About half (22) had chronic neck and shoulder pain; the remaining 26 volunteers did not.

The study’s purpose was to compare how people with and without chronic pain tolerated the computer task, which was known to cause neck, shoulder, forearm and wrist discomfort.

To minimize the effects of caffeine deprivation – decreased energy, drowsiness, fatigue – participants were allowed to drink one cup (not more) of coffee before reporting to the lab in the morning. Nineteen (40 per cent) reported drinking half to one cup of coffee about an hour and 20 minutes prior to the experiment.

Both coffee drinkers and abstainers experienced pain during the computer task, which was rated on a 100-point scale. However, coffee drinkers reported significantly less pain in all sites measured than did abstainers. What’s more, coffee’s seeming pain-relieving effect held up regardless of whether someone had chronic pain or not.

Coffee’s pain-killing properties are attributed to caffeine and its effect on adenosine, a brain chemical involved in pain processing. Caffeine blocks adenosine from working and, in this way, is thought to reduce pain.

Don’t rush off to Starbucks just yet. While these findings are intriguing, they don’t prove cause and effect. The study was small and it wasn’t a randomized controlled trial, the gold standard of scientific evidence.

Even so, there are other data to support coffee’s potential to temper physical pain. Previous research has reported that consuming caffeine prior to exercise can diminish muscle pain during aerobic and strength exercise.

Even if your morning cup of java doesn’t help you cope with pain, it may have other upsides. It can make you feel more alert and help you work out harder at the gym.

When it comes to health, the most promising evidence for coffee drinking relates to type 2 diabetes. Numerous studies suggest that drinking four to six cups of coffee each day lowers the odds of developing the disease.

Some of coffee’s benefits are linked to its antioxidants found in both caffeinated and decaffeinated coffee. Coffee’s antioxidants are thought to dampen inflammation in the body, protect the liver from carcinogens and improve how the body uses insulin, the hormone that clears sugar from the bloodstream.

But coffee isn’t for everyone. If you have heartburn or reflux disease (GERD), your morning brew – regular and decaf – can bring on symptoms.

If you’re pregnant, drinking too much coffee could increase the risk of miscarriage. That’s why Health Canada advises women of childbearing age to consume no more than 300 milligrams of caffeine per day, the amount found in roughly two eight-ounce cups of coffee.

It’s also prudent to limit your caffeine intake if you have low bone density or osteoporosis. Consuming more than 450 milligrams of caffeine a day can rob your bones of calcium if your diet’s lacking the mineral.

It’s also prudent to cut back on caffeine if you have high blood pressure or insomnia.

For the rest of us, drinking coffee in moderation may do more good than harm. For most healthy adults, a daily intake of 400 milligrams of caffeine – about three eight-ounce cups of coffee – is not associated with any adverse effects. (Some people, however, are sensitive to caffeine’s side effects such as irritability, sleep disturbances and headache.)

Keep your coffee simple. Black coffee and coffee with a splash of milk won’t break your diet. But a regular intake of high fat, sugary coffee drinks add more calories than you might think. Perhaps it’s time to downsize that large double-double (230 calories). 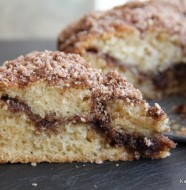 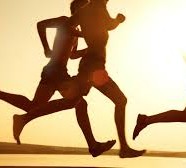 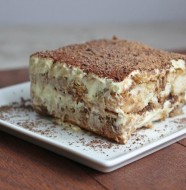 In Cakes and Pudding, Desserts, Specialty Desserts On January 27, 2013