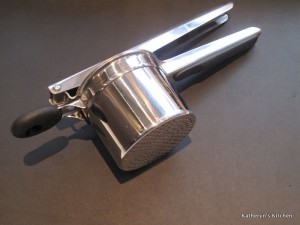 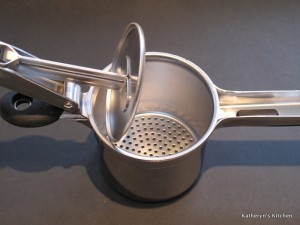 A potato ricer (also called a ricer) is a kitchen implement used to process potatoes or other food by forcing it through a sheet of small holes, which are typically about the diameter of a grain of rice.

A common variety of potato ricer resembles a large garlic press. It has two long handles, one with a perforated basket at the end, the other with a flat surface that fits into the basket. The food is placed in the basket, then the flat surface is pushed down into the basket by pressing the handles together, forcing the food through the holes. 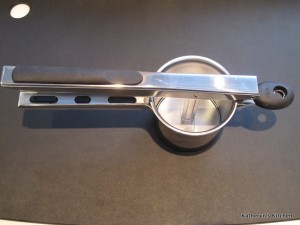 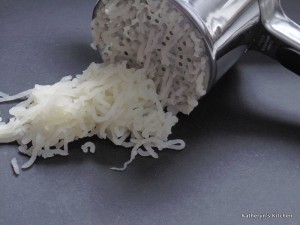 Another form, sometimes called a rotary ricer, is cone-shaped with small perforations all around the cone. It comes with a wooden pestle that is used to push the food through the holes.

A food mill can be used as a substitute for a ricer.

This tool is commonly used to mash potatoes. Pressing cooked vegetables and fruits through the small holes produces a puree comparable to using a drum sieve. Many foods can now be pureed more easily in a food processor; however, a manual method such as ricing is best for potatoes, which are starchy and become glutinous when over-processed.

Ricers are often used to puree food for babies.

A ricer can be used to remove excess water from foods such as cooked greens that are to be added to quiche, and sliced or grated potatoes to improve the quality of potato chips or hash browns made from them.

Potato ricers are used to make Mont Blanc, a dessert of chestnut puree.  They can be used to make lefse (a Norwegian flatbread) and spatzle (German noodles), as well as homemade passastelli (a type of Italian pasta). 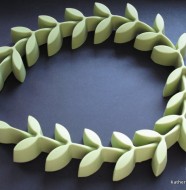 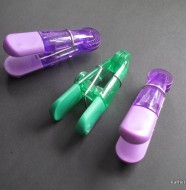 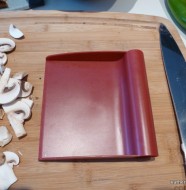