Is Skim Milk Making You Fat? 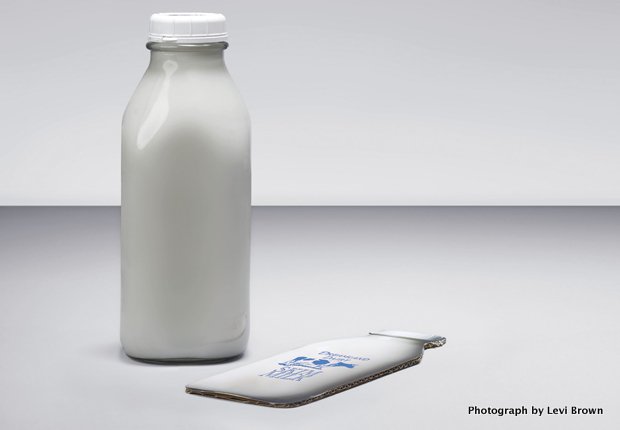 You probably spend all of one second deciding what kind of milk to put in your coffee. What’s to debate? If you want to keep the pounds off and avoid heart disease, choose skim. This is gospel, after all: It’s recommended by the USDA and has so permeated our thinking that you can’t even find reduced-fat (2%) milk at places like Subway—and forget about whole.

But when it comes to losing weight, restricting calories has a poor track record. Evidence gleaned from numerous scientific studies says that if you starve yourself for lunch, you typically compensate at dinner. And according to a 2007 report in the Archives of Internal Medicine, telling overweight and obese patients to cut calories led to only “transient” weight loss—it didn’t stay off. The same goes for cutting saturated fat. In 2003, the Cochrane Collaboration, a respected source for unbiased reviews of research, compared low-fat diets with low-calorie diets and found that “fat-restricted diets are no better than calorie-restricted diets in achieving long-term weight loss.” As Walt Willet of the Harvard School of Public Health wrote in the American Journal of Medicine, “Diets high in fat do not appear to be the primary cause of the high prevalence of excess body fat in our society, and reductions in fat will not be a solution.”

It’s becoming widely accepted that fats actually curb your appetite, by triggering the release of the hormone cholecystokinin, which causes fullness. Fats also slow the release of sugar into your bloodstream, reducing the amount that can be stored as fat. In other words, the more fat in your milk, the less fat around your waist. Not only will low-fat milk fail to trim your gut, it might even make you fatter than if you were to drink whole, according to one large study. In 2005, researchers from the Harvard School of Public Health and other institutions studied the weight and milk consumption of 12,829 kids ages 9 to 14 from across the country. “Contrary to our hypothesis,” they reported, “skim and 1% milk were associated with weight gain, but dairy fat was not.”

But surely low-fat milk is better for your heart? We are often told to watch our consumption of dairy because it raises our bad cholesterol, the kind known as LDL. But LDL comes in at least four varieties, and only the smallest and densest of them are linked with heart disease. Dairy fat, it turns out, affects only the large, fluffy kind of LDL—the benign kind.

And here’s a final thought: How would you feel if you opened a carton and poured a chalky, bluish-white liquid into your coffee? That’s the color many nonfat milks are before powdered milk is added to whiten them—a process that brings its own problems. Any way you look at it, there’s been a lot of whitewashing of skim milk’s image.

To turn skim milk white, “some companies fortify their product with powdered skim,” says Bob Roberts, a dairy scientist at Penn State. Powdered skim (which is also added to organic low-fat milks) is produced by spraying the liquid under heat and high pressure, a process that oxidizes the cholesterol. In animal studies, oxidized cholesterol triggers a host of biological changes, leading to plaque formation in the arteries and heart disease, Spanish researchers reported in 1996. “OCs are mutagenic and carcinogenic,” they wrote. In 1998, Australian researchers studied rabbits fed OC and found that the animals “had a 64% increase in total aortic cholesterol” despite having less cholesterol in their blood than rabbits fed natural sources of the substance. (A 2008 Chinese study with hamsters confirmed these findings.) Roberts says the amount of OC created by adding powdered skim is “not very much,” but until the effects on humans are known, it’s impossible to say what’s a safe level.

Is Skim Milk Making You Fat?

Now here is an opposing opinion:  So what’s the truth?? 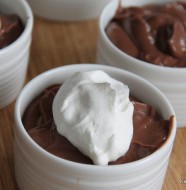 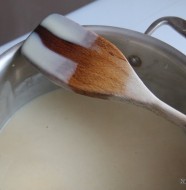 In Desserts, Specialty Desserts On December 29, 2013

2 Comments on "Is Skim Milk Making You Fat?"