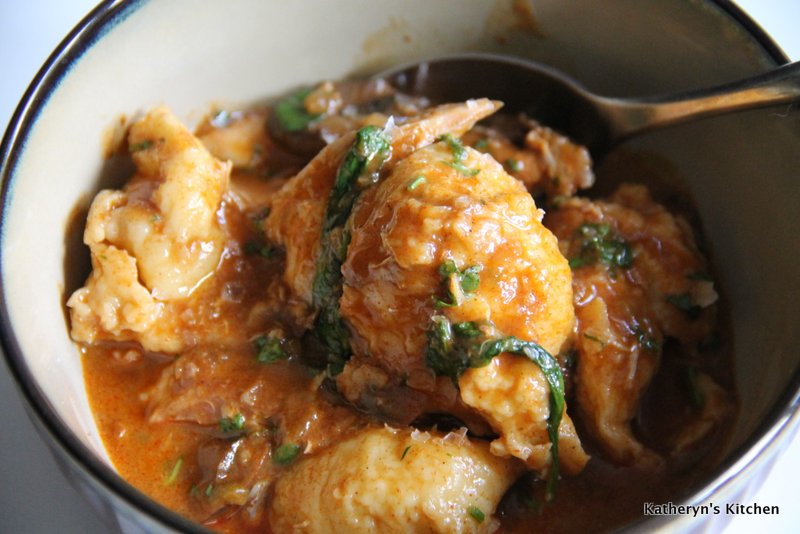 I’ve tried out a few different chicken paprika recipes  but this is what works best for our house.  I like to add baking powder and use cake/pastry flour instead of all purpose flour to the dumpling dough, to make them a little lighter.  Authentic chicken paprika, from what I have read, only add onions as a vegetable, but to add more nutritional value, I tossed in an Anaheim pepper(because I like the flavor), mushrooms and fresh spinach.  The liquid is generally water, but I used low sodium chicken broth and lots of paprika, it may seem like too much, but add it all, the paprika, after simmering, will impart a  smoky, spicy, tangy hint of sweet flavor.  I used skin-on bone-in split chicken breasts, but you can use chicken thighs, a small (3 lb.)whole chicken cut up or boneless, skinless chicken breasts, use what you have on hand.

Salt and pepper to taste

1.  Season the chicken all over with salt and pepper.  In a large, heavy bottomed pot on medium high heat, add the oil.  Now add chicken to the hot pot, skin side down and brown about  3-4 minutes on each side or until golden brown, the oil will splash and pop quite a bit, so put the lid on while browning.  Remove chicken from the pot, once golden brown, place on platter for use later. 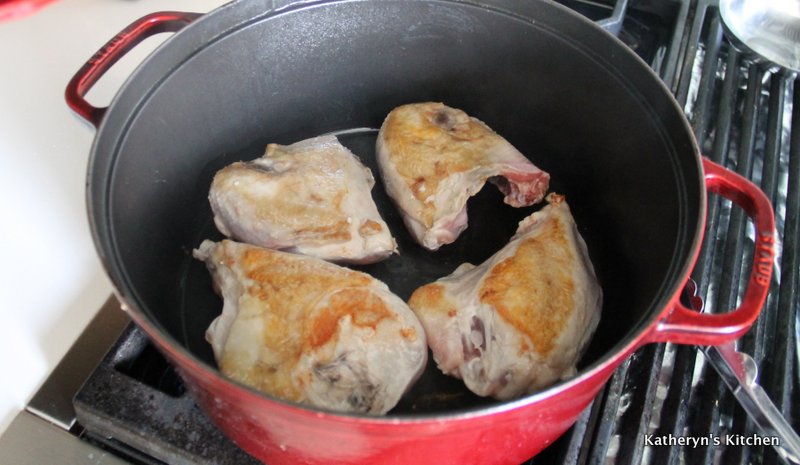 2.  Turn the heat down to medium and add the onion, mushrooms and anaheim pepper( I add the fresh spinach near the end once I have mixed in the sour cream).  Cook for about 5 minutes, until the vegetables are starting to soften.  Now add all the paprika, it will seem like a lot but don’t worry it will taste fantastic.  Combine well and mix frequently until the vegetables are completely cooked through and you can smell the smoky scent of the paprika, about 3 more minutes. 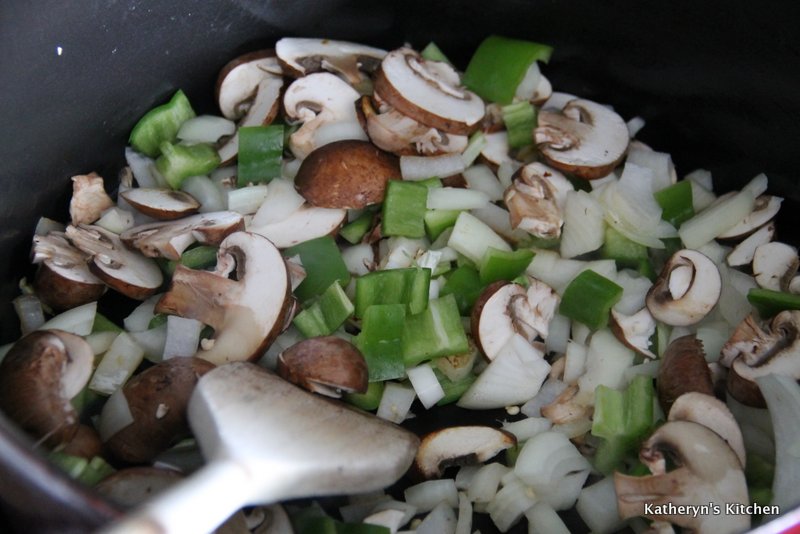 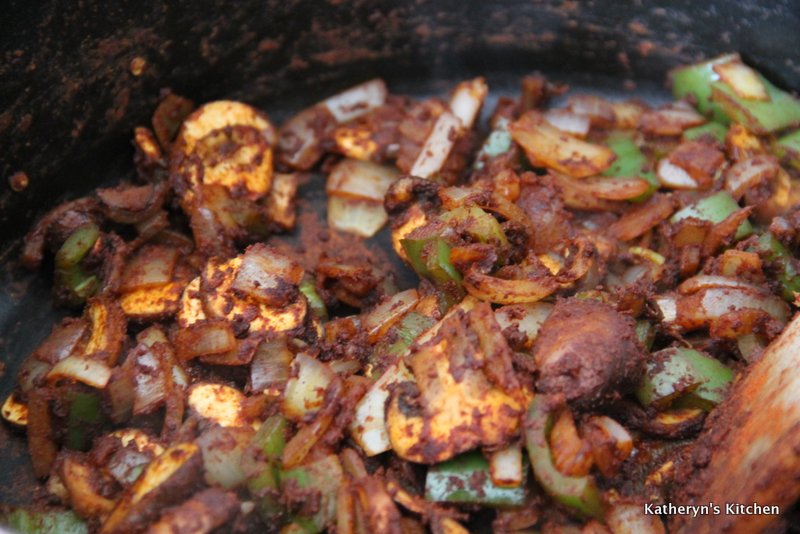 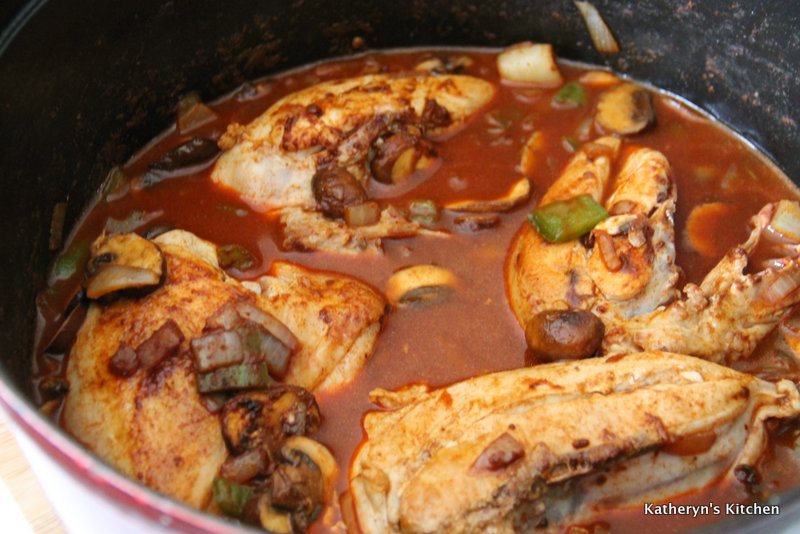 4.  Now make the dumplings.  Combine the dry ingredients well in the mixing bowl of your stand mixer.  In a separate bowl beat up the 3 eggs.  Now add all the wet ingredients(and fresh dill or parsley if using) to the dry; add the beaten eggs, water and oil to the flour mixture all at once.  Mix with the paddle attachment on low; until just combined, it will be a sticky thick dough. Do not over mix the dough or your dumplings will be tough.  Now while the dough rests for a bit, bring a large pot of salted water to boil.  When the water is boiling, add the dumpling mixture in about 2 tablespoon sized dollops to the boiling water.  They will float to the top of the pot, continue to cook for about 5 minutes.  When cooked, with a perforated spoon, remove the dumplings from the water, draining well while you do so.  They will be slippery on the outside and bread like on the inside. 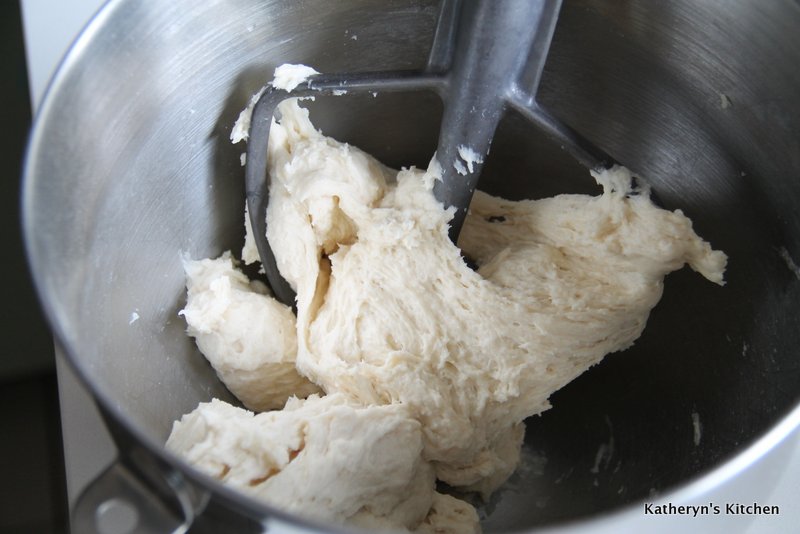 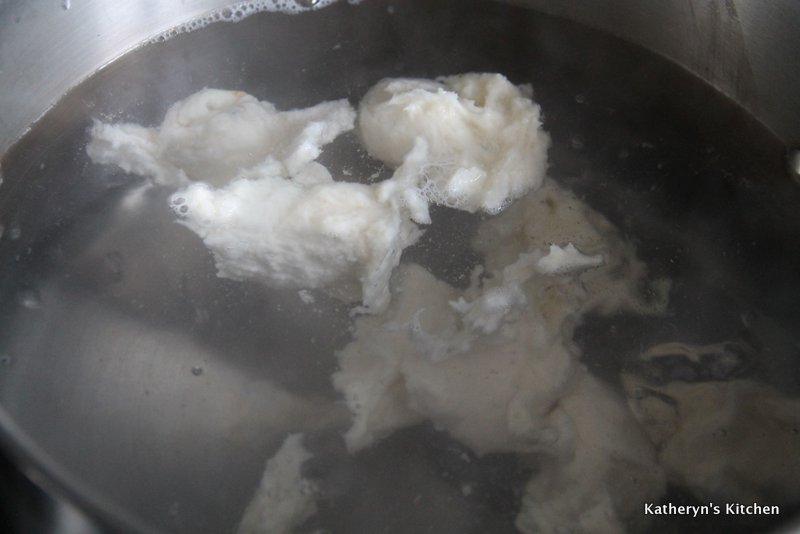 5.  In a small bowl, whisk together the sour cream and flour with a tablespoon of water.  When the chicken paprika is finished simmering, remove the chicken onto a platter once again and mix the sour cream mixture smoothly into the the paprika vegetable mixture.  Now throw in the fresh spinach and mix around until it wilts.  Season with salt and pepper, I add a touch of sugar or agave syrup to take away any bitterness.  Add the dumplings to the paprika vegetable mixture.  I remove the skin and bones from the chicken, shred or break up the chicken(it will be warm so be careful) and then add it back to the stew, mix in well and serve with a sprinkling of fresh parsley and a vegetable of your choice on the side, we like steamed broccolini. 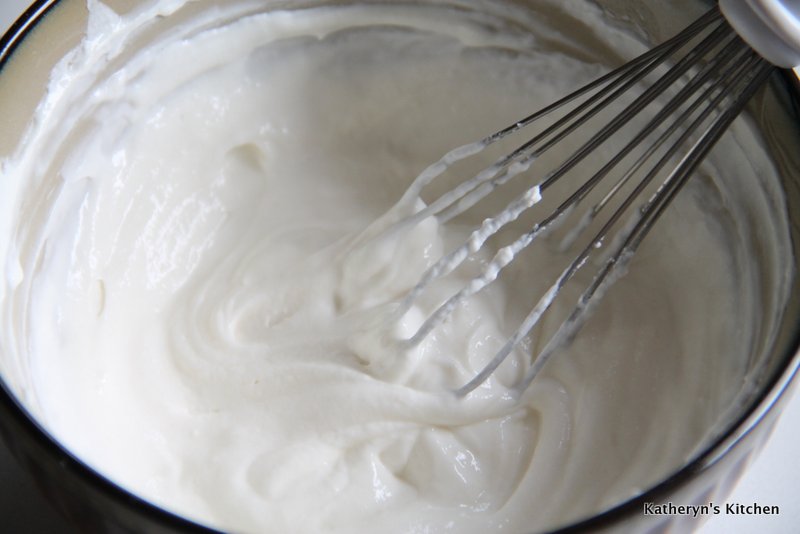 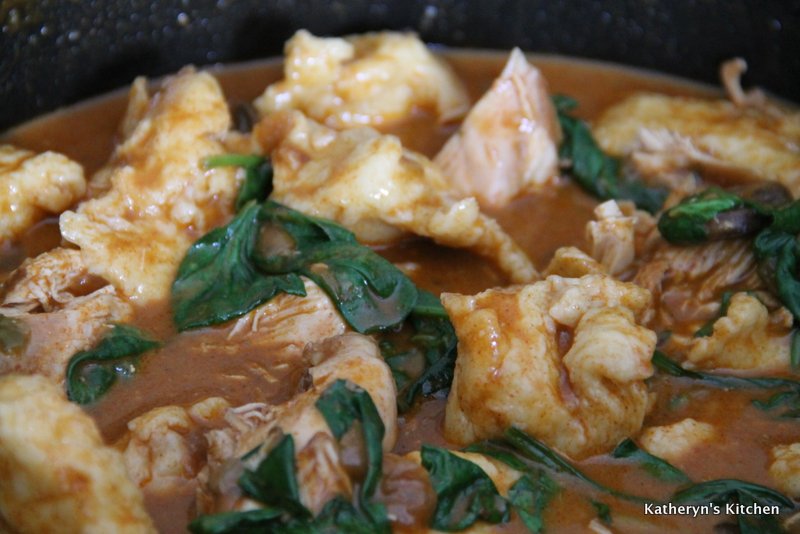 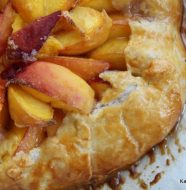 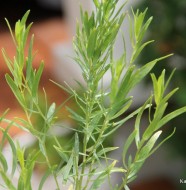 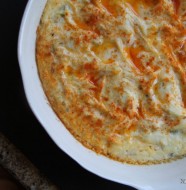