Is Feta Cheese Healthy? Yes it is.

Home » Is Feta Cheese Healthy? Yes it is.
Feta is a Greek cheese traditionally made with sheep’s or goat’s milk. Many of the commercial variations available in the U.S. are made with cow’s milk, which produces a firmer cheese. The white cheese is cured and stored in a liquid known as whey brine. Feta has a soft, crumbly texture and a salty, tangy flavor. It is lower in calorie than many other types of cheese and can be a healthy addition to any diet, when used in moderation. 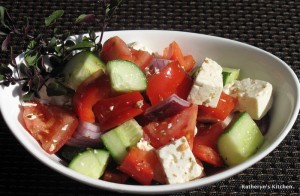 Feta has a strong flavor, so you can add just 1 oz. to your meals and feel satisfied. In this serving, you get 74 calories and 6 g of fat. The American Heart Association recommends keeping total saturated fat intake to below 7 percent of total daily calories — or 15 g for a 2,000 calorie diet. Feta provides 4 g of saturated fat, fitting well-below these daily limits. Feta also has 4 g of protein per oz. 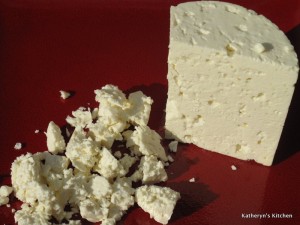 Feta cheese contains 315 mg of sodium per oz. The Institute of Medicine recommends keeping total daily sodium intake below 1,500 mg. Stick to just one 1-oz. serving of feta daily to keep sodium in check as many other foods, such as breads, prepared hummus, salad dressings, sauces, canned soups and frozen dinners, also contribute significant sodium to your daily meals.

Feta cheese may be crumbled over green salads or included as part of a pasta or rice salad. Feta added to a sandwich made with roasted peppers and eggplant served in a pita makes a vegetarian meal with protein. Crumble ½ oz. of feta over a thin-cut boneless, skinless chicken breast and broil for a quick and easy — and healthy main course. Feta and mint blended into plain non-fat yogurt makes a low-calorie, high-calcium dip for cucumbers and red pepper strips.